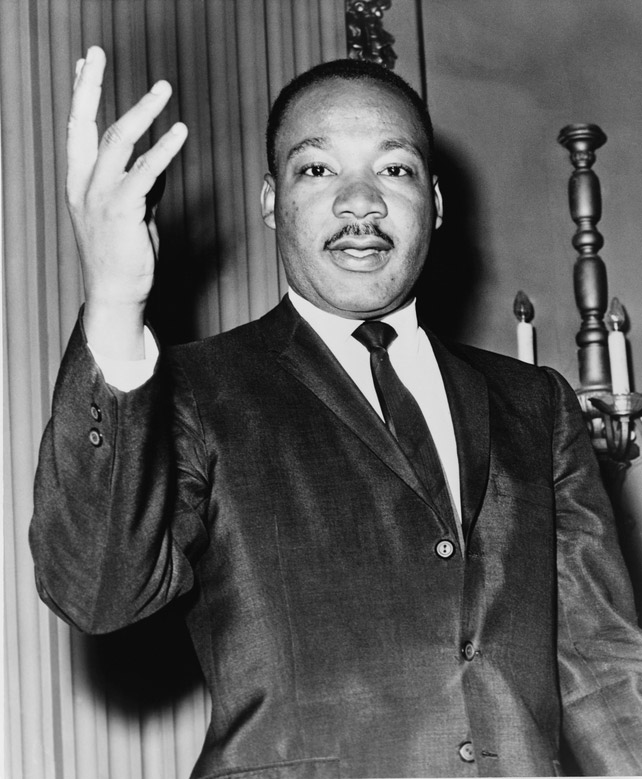 This is a story about Martin Luther King and a time when he faced his greatest fear with prayer.

Martin Luther King was one of the greatest spiritual leaders of our time.  He was only a young, 26-year old pastor when he was nominated to lead the Montgomery bus boycott in 1955.  His rise to leadership was completely unexpected, even by King.  He said, it “happened so quickly that I did not have time to think it through. It is probable that if I had, I would have declined the nomination.”  King never took credit for the civil rights movement.  He insisted that the movement was beyond any one person and that he “just happened to be there.”  At a sermon he shared in Montgomery, Alabama, he prayed:  “Help me, O God, to see that I’m just a symbol of a movement.”

Shortly after King was nominated to lead the Montgomery bus boycott, chaos and tension erupted within the black community.  Stress escalated when King was thrown in jail for a minor traffic violation.  He received numerous death threats, about 30-40 a day.  King had a 10-week old daughter at home and his wife Coretta.  Only a few months into the movement,  he realized his own uncertainty and fear in the matter. King said, “I almost broke down under the continual battering.”  His courage wavered.

On Jan 27th, 1956, just eight weeks after the start of the boycott, King hit a “saturation point” when he received a particularly disturbing death threat. He couldn’t sleep. He got up and made a pot of coffee and began to think of ways he could get out of leading the movement without seeming like a coward. He said, “I sat there and thought about a beautiful little daughter who had just been born. I’d come in night after night and see that little gentle smile. I started thinking about a dedicated and loyal wife, who was over there sleep. And I got to the point that I couldn’t take it any longer. I was weak.”

At midnight, he sat in front of an untouched cup of coffee and began to pray out loud: “Lord, I’m down here trying to do what’s right. Now, I am afraid. And I can’t let the people see me like this because if they see me weak and losing my courage, they will begin to get weak.. I am at the end of my powers. I have nothing left. I’ve come to the point where I can’t face it alone.”

Shortly after, King said he experienced the divine like he had never experienced Him before.  King heard an inner voice assure him, “King, stand up for justice.”  He knew God was with him, and would be with him until the end.   Coretta King, wrote in Standing in the Need of Prayer,  “When Martin stood up from the table, he was imbued with a new sense of confidence, and he was ready to face anything.”

Three days later his house was bombed. No one was harmed.

King describes this experience as one of his most revelatory spiritual experiences.   He continued to share about this experience for years to come through his sermons.  It seemed to be a meaningful turning point in King’s rise to leadership, as well as the entire movement for African Americans in their fight for freedom.

Would the civil rights movement have been as successful without the unwavering faith of Dr. Martin Luther King?  Was it possible that King accessed a greater power through his devotional prayers?

Even though King denied credit for the movement, it seems his presence during the Civil Rights movement was no accident.  He transformed his fear into assurance through the power of prayer and led the Civil Rights movement with an unshakable spiritual strength.  Lewis Baldwin, a professor at Vanderbilt University, said that “prayer was King’s secret weapon in the civil rights movement.” Despite death threats and insurmountable challenges, King found courage in prayer to keep going.  Baldwin says:  “Dr. King taught us about the importance of prayer, not only as a part of our own personal devotional life but … also prayer must be a part of any movement for social action.”

What if we continued to use prayer today in our social actions for change?

What if more leaders openly drew upon the power of prayer?

“God, remove all bitterness from my heart and give me the strength and courage to face any disaster that comes my way.”

“Love is the most durable power in the world. This creative force, so beautifully exemplified in the life of our Christ, is the most potent instrument available in mankind’s quest for peace and security.”

“True peace is not just the absence of tension; it is the presence of justice.”

“O God, make us willing to do your will, come what may. Increase the number of persons of good will and moral sensitivity. Give us renewed confidence in nonviolence and the way of love as taught by Christ. Amen.”

“Forgiveness is not an occasional act; it is a permanent attitude.”

“When I speak of love I am not speaking of some sentimental and weak response. I am speaking of that force which all of the great religions have seen as the supreme unifying principle of life. Love is somehow the key that unlocks the door which leads to ultimate reality.”

“Eternal God out of whose mind this great cosmic universe we bless thee. Help us to seek that which is high, noble and Good. Help us in the moment of difficult decision. Help us to work with renewed vigor for a warless world, a better distribution of wealth, and a brotherhood that transcends race or color.”

“The non-violent approach does not immediately change the heart of the oppressor. It first does something to the hearts and souls of those committed to it. It gives them new self-respect; it calls up resources of strength and courage that they did not know they had. Finally it reaches the opponent and so stirs his conscience that reconciliation becomes a reality.”

“I have held many things in my hands, and I have lost them all: but whatever I have placed in God’s hands, that I still possess.”

“Even if I knew that tomorrow the world would go to pieces, I would still plant my apple tree.”

“Faith is a living, daring confidence in God’s grace, so sure and certain that a man could stake his life on it a thousand times.”